H.M.O. Collectibles is a fairly new player in the game of high-end collectibles compared to some of the other larger companies like Sideshow Collectibles, XM Studios or Prime 1 Studios. For those of you not aware, the “H.M.O.” acronym stands for “Hand Made Object.” Focusing primarily on statues and other sculpted products based on popular video game characters, H.M.O. Collectibles strives for an extremely high level of detail and quality in their offerings. 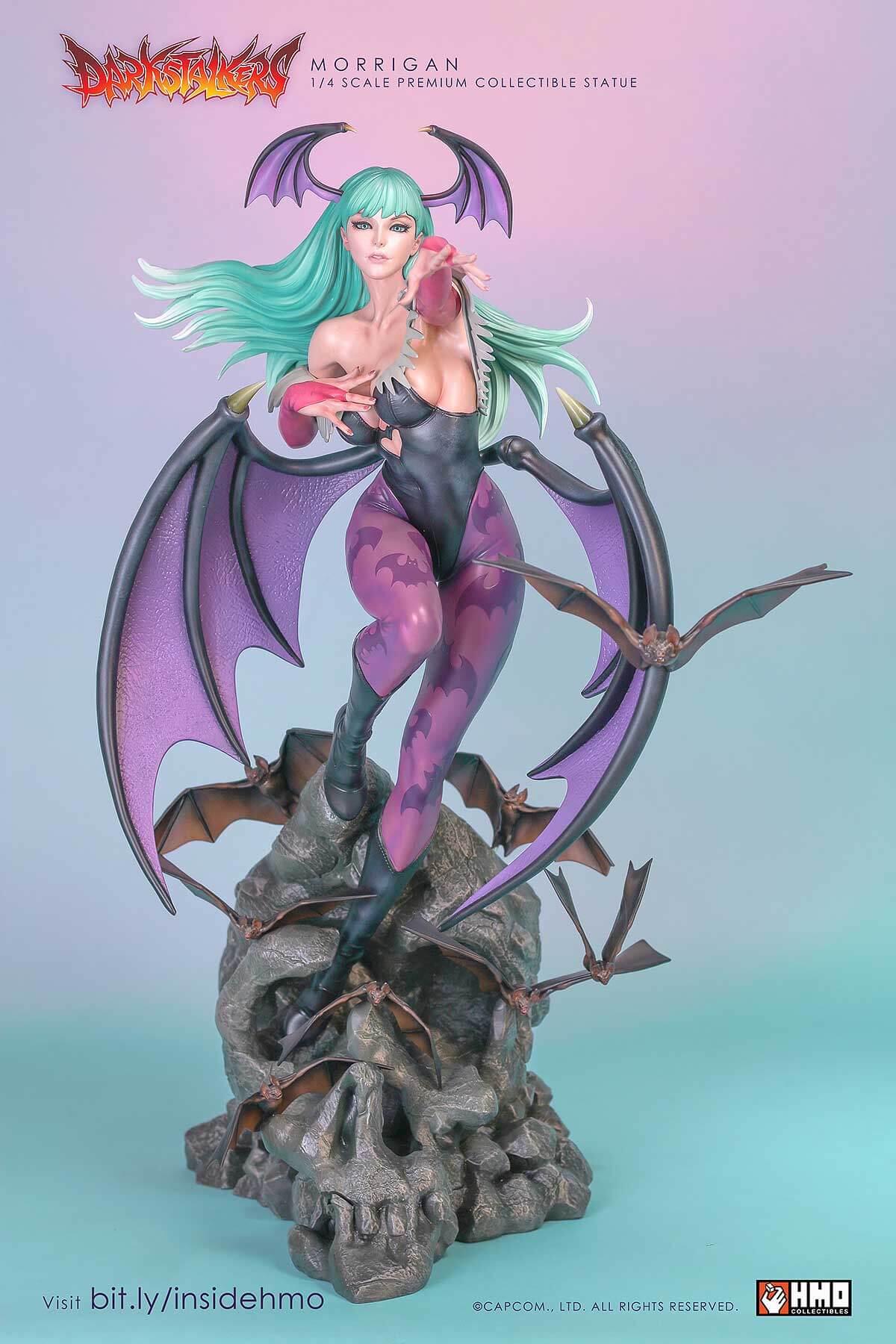 Each collectible is a limited edition run and is sold in very small quantities, with most being produced in numbers less than five-hundred. Some special edition statues are even limited to less than 80 pieces! Most H.M.O. Collectibles products typically retail for prices north of the $500-plus range which is quite standard for statues of this size and quality.

The company was founded by two industry veterans, Benjamin Wu and Mufizal Mokhtar, who collectively have more than 20 years of experience in the realm of high-end statues and collectibles. The incredible design team at H.M.O. Collectibles is small in number in an effort to maintain a consistent vision & quality for the statues, busts and other collectibles that they produce.

Let’s take a quick look at the 1:4 scale Mega Man X statue from H.M.O.’s Gaming Legends line. Just with a peek at the stock product photos it’s instantly obvious the attention to detail paid to every intricacy of the statue by the design team. This quarter scale statue is officially licensed by Capcom and Mega Man looks identical to his video game counterpart that Nintendo fans love. The statue is cast from porcelain and features a hand-painted finish. The statue even possesses an array of LED light-up parts, such as the barrel of Mega Man’s famous ‘Mega Buster’ arm cannon. 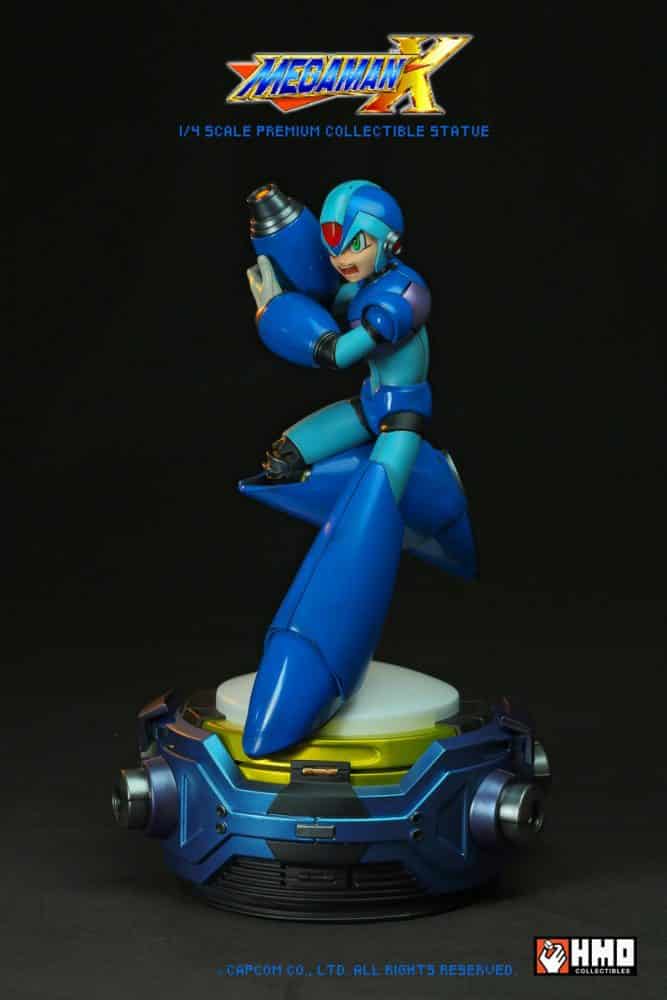 As a special bonus feature, some panels on the body of the statue are removable, revealing Mega Man’s highly detailed interior workings. The statue itself is 21 Inches tall, including the base (That’s 53 centimeters, for the metric folks) and was available in two colors: red, and the classic blue. Unfortunately, both versions are now sold out.

H.M.O. Collectibles is even developing collectibles based on their own originally created characters and universe. The CrowKing statue, from their original story, ‘Bounties of Bathos’ stands at a huge and imposing 2 feet, 3 inches (71.2 centimeters) and boasts some seriously impressive sculpting and paint work. From his sleek, helmeted head to his armored, clawed toes. The statue retails for $799 USD and is currently available for Pre-Order! 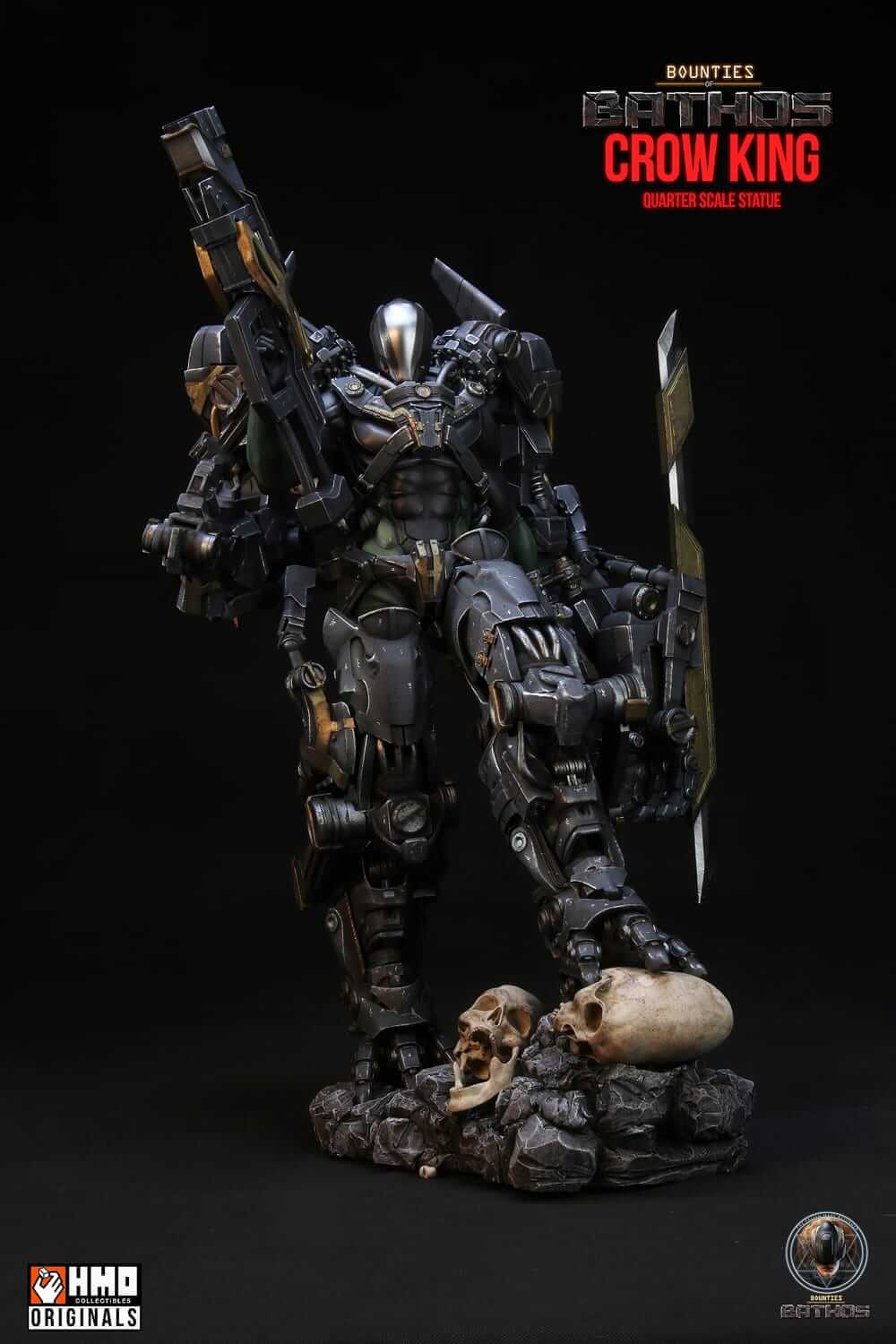 If you pay a visit to their website, Hand-Made-Object.com, you can check out some photos of their previously released products. You may notice that the volume of products that H.M.O. Collectibles currently offers is a bit on the low side compared to some other studios, but rest assured, as they continue to acquire new licenses the design team will keep the collectibles coming! In fact, they have a line of Avengers 1:6 scale statues right now in the works for all you Marvel fans out there. And an incredible Warhammer 40k statue that should be available for pre-order in the coming weeks.

If there’s an item that H.M.O. Collectibles has in their catalog (or on social media) that catches your eye, then keep it locked to Toy Origin. As new products are available for order we will be adding them here on the website for all the statue collectors worldwide to get your hands on. Just keep in mind that they tend to sell out quickly, so be sure to get your pre-orders in while you can! Iron Studios is quickly becoming a force to be reckoned with in the high-end collectibles space with their popular... read more